$77.00
$77.00
Unit price /  per
Tax included.
Share this product
Finally, Submission Wizard Joe "J-Lau" Lauzon Shares His Unorthodox No Gi Jiu Jitsu Hacks That Will Give You The Advantage In Competitions And Training...
Special Limited Time Opportunity Please Watch Video:
Joe Lauzon's Grappling Hacks gives you powerful weapons that will dumbfound your opponents and work on anyone...because quite frankly...they have never seen these moves before!
When you take Joe's aggressive style where he is always looking for the finish and chains his attacks together, you will begin to overwhelm your opponent into submission.

Joe Lauzon's System will allow you to put so much pressure on your opponent (whether you are a BJJ guy or MMA guy) they will make a mistake and give you an opportunity to finish.
There is no fluff whatsoever. Joe only put his best hacks from each position...

No one is used to defending Joe's game, so even experienced black belts will often make "rookie" mistakes when these hacks are applied... This is a surefire way to get a stronger position and/or a submission and leave people scratching their heads.
The first half of the course is pure No Gi Grappling Hacks for anyone who trains! Whether you are a beginner, purple belt, or even a black belt, you will get to the next level with Joe's Hacks!
The second half of the course is grappling for Real Life! He shows how to use striking on the ground to set up the passes and submissions (and even finish the fight.) 80% of his grappling for "real life"  can be used in just regular no gi jiu jitsu!

Right now you can get this full system for the first time ever revealed in this special launch bonus limited time opportunity..

So who is bringing you these moves and WHERE did they come from? 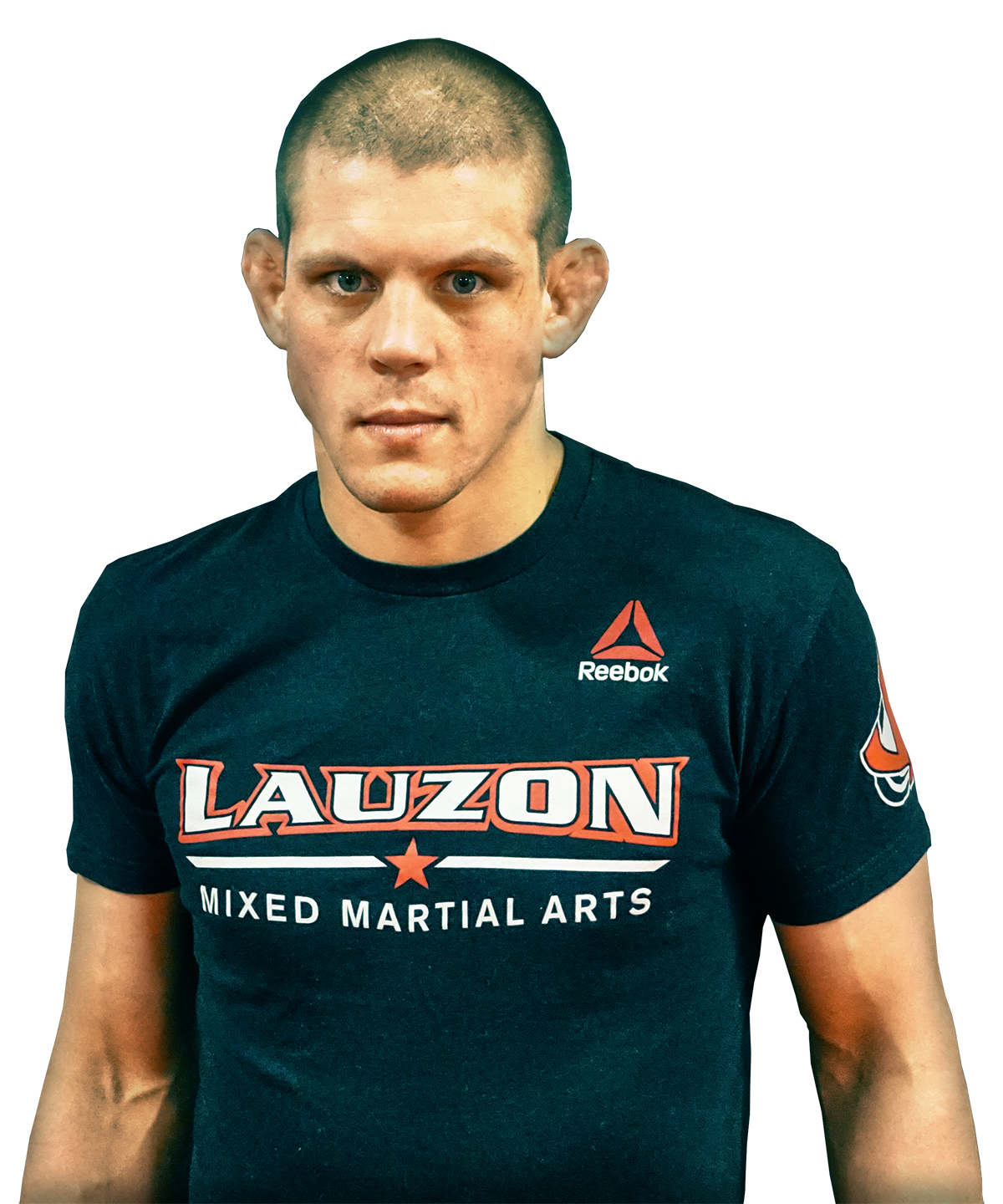 Hi, my name is Joe Lauzon and I am a 20 time UFC Veteran and 13 time fight award winner including 6 Submission of the Night awards! I have been training Jiu Jitsu for 16 years and been competing for 13 years...

I got into Jiu Jitsu when I was 15 years old back in 2000 because I was a huge fan of WWF.
My friends and I would do wrestling matches on my trampoline and throw each other around.
Then, one of my good friends starting taking BJJ classes and would destroy us all!
I couldn't have that!
So I joined up with him and have been training ever since!
BJJ And Competition Have Always Been A Part Of My Life
I had over 20 MMA fights and over 50 BJJ tournaments before anyone ever knew who I was.

Then around 2006, I was brought in by Joe Silva to fight the ex champion Jens Pulver.  I was the sheep being fed to the wolves!  I was supposed to lose!
But no one told me that...so I shocked the world and knocked him out in round 1...Since then I racked up 6 Submission of the Night awards and 6 Fight of the Night awards with 20 UFC fights!
I have trained extensively with Jiu Jitsu experts like BJ Penn, Reagan Penn, Ricky Lundell, Rob Kahn, Matt Arroyo, and Tim Burrill...If you put all of their stuff in a blender and mix it around...you get my style.
I am one of the few guys in the UFC who goes for the submission and the finishes the entire fight.  I hate decisions!
My first love was Jiu Jitsu and when I am done fighting, I don't think I'll take another boxing class...but I will always train Jiu Jitsu.  I have been training it for over 16 years.
And now, finally after all these 16 years, grappling matches, fights, awards, and training with the best grapplers in the world...I am finally going to share my knowledge with the world...
It's My Pleasure To Introduce ... Joe Lauzon's "Ultimate Grappling Hacks" 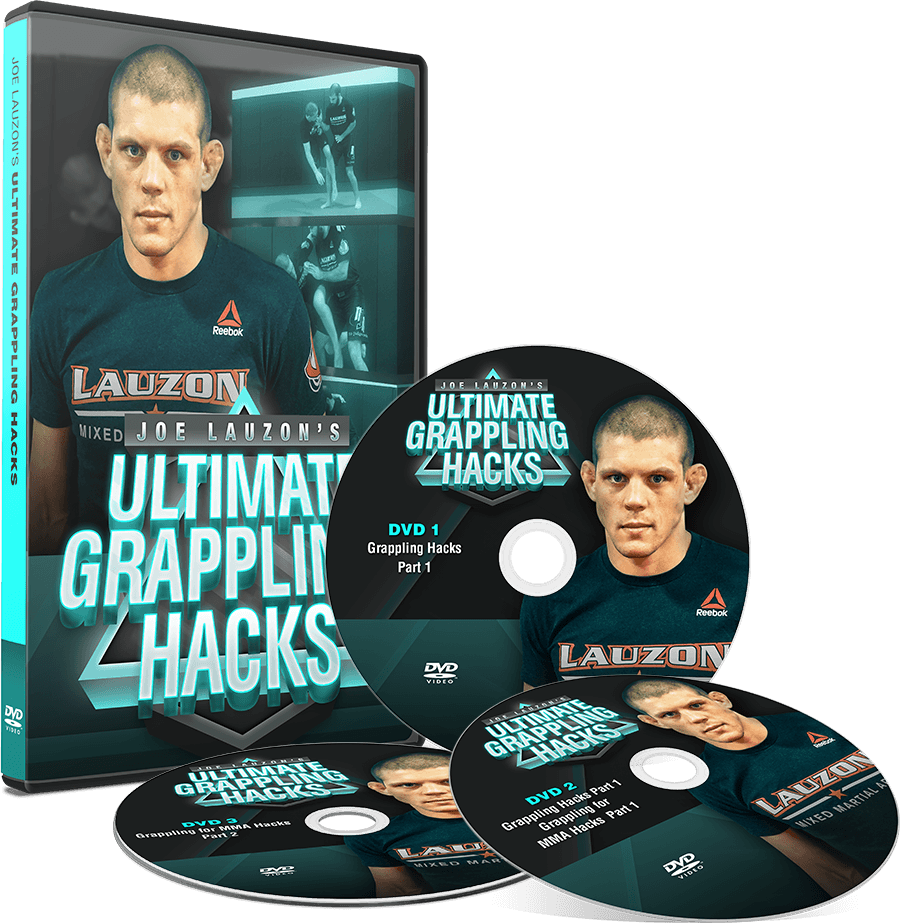 (80% can be used for straight no gi grappling)
Free Preview #3: Half-Butterfly Guard Pass
And because I want to share this with people around the world and it is important that you take action now, I am offering this special Fast Action Bonus Content for the first 300 people to jump on this special opportunity...
Fast Action Bonuses
Only For First 300 Action Takers
Fast Action BONUS #1
1 FREE Month At Lauzon MMA In Bridgewater, Massachusetts

Train with Joe and his students and get guidance directly from the source and get it for FREE when you grab this killer opportunity! Just bring in a copy of your Joe Lauzon's Ultimate Grappling Hacks receipt into Lauzon MMA to receive 1 free month (for non members only!)

($150 Value...(For non members only) Yours FREE when you are in the first 300)
Fast Action BONUS #2
Exclusive Insider Conversation with Joe Lauzon - All About the Mental Side of Competing Hacks!

Watch as Joe Lauzon (the KING of performing well under pressure) talks and gives you his tips for being mentally tough and performing at your best under the lights! Listen and download his mindset, philosophies, and mental techniques to "bring it" when it really counts! 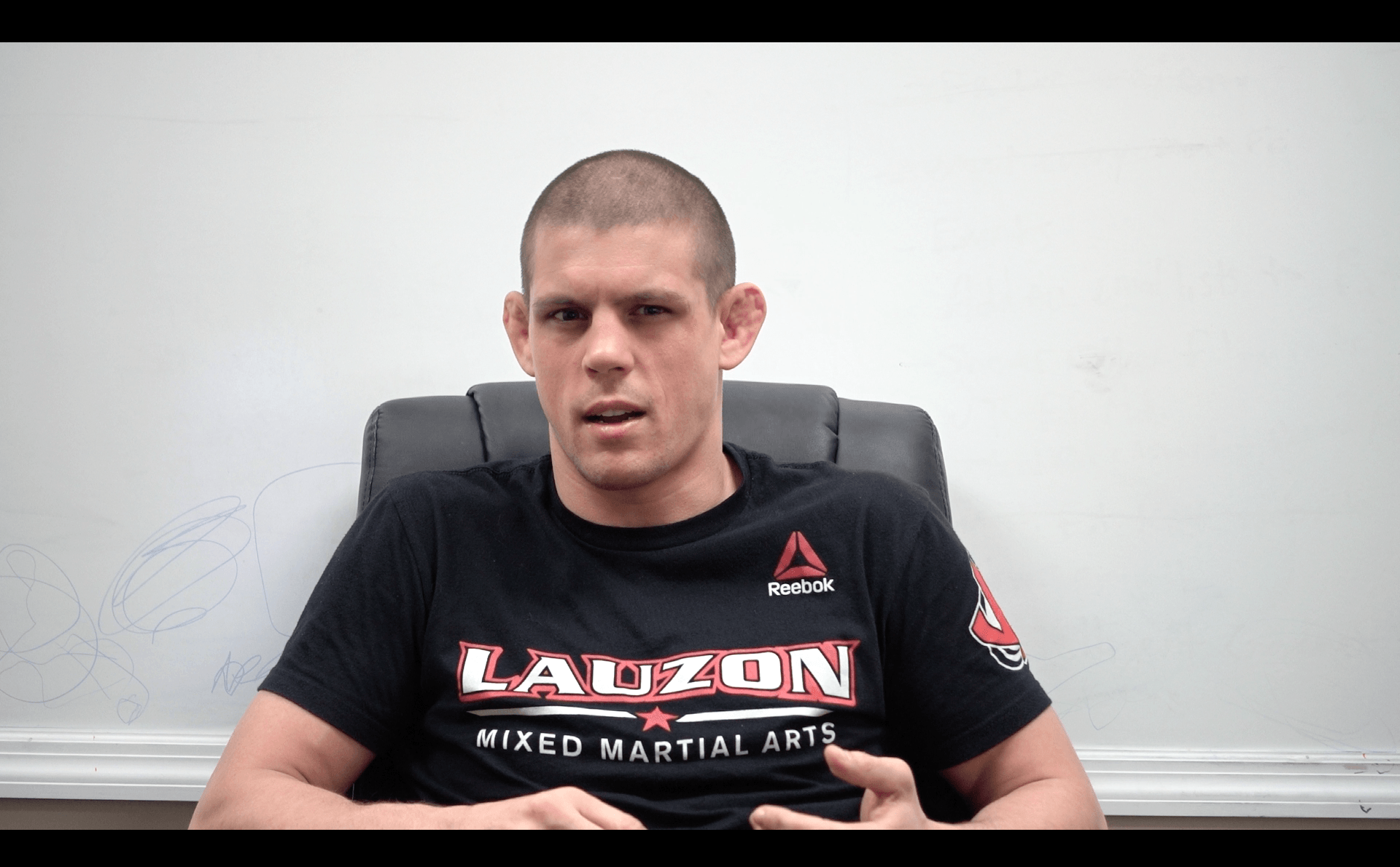 ($47 Value... Yours FREE when you are in the first 300)
Fast Action BONUS #3
Training Narrative Breakdown Video!
Watch as we use the latest screen capture software to allow Joe Lauzon to actually narrate his rolling when he uses his Ultimate Grappling Hacks so you can see this in action as he rolls with random grapplers and students!

($47 Value... Yours FREE when you are in the first 300)
Yes I Want To Get Access To Joe Lauzon's Ultimate Grappling Hacks CourseClick here To Take Advantage Of The Fast Action Special Limited Time Opportunity
Watch and Listen To What Everyone is Saying About Joe Lauzon's Grappling Hacks!