“Discover A Step By Step Blueprint Of Exactly How To Transition Your Game From No Gi To The Gi...And Also Discover My Favorite Gi Hacks That Took Me 15 Years To Develop!"
Hi name is Matt Arroyo. I am a TUF 6 Veteran and ADCC 2015 Veteran. I have been training since 2003 and got my black belt from Rob Kahn (Royce Gracie’s first ever black belt) in 2009.
I have trained with almost every grappling champion you can think of from Marcelo Garcia, Andre Galvao, Robert Drysdale, Matt Serra, Cyborg, Rodolfo Vieira, Keenan Cornelius, Royce Gracie,  and so many others!
There is one thing that 90% of all these animals have in common. They all started and trained in the gi from white to black belt! 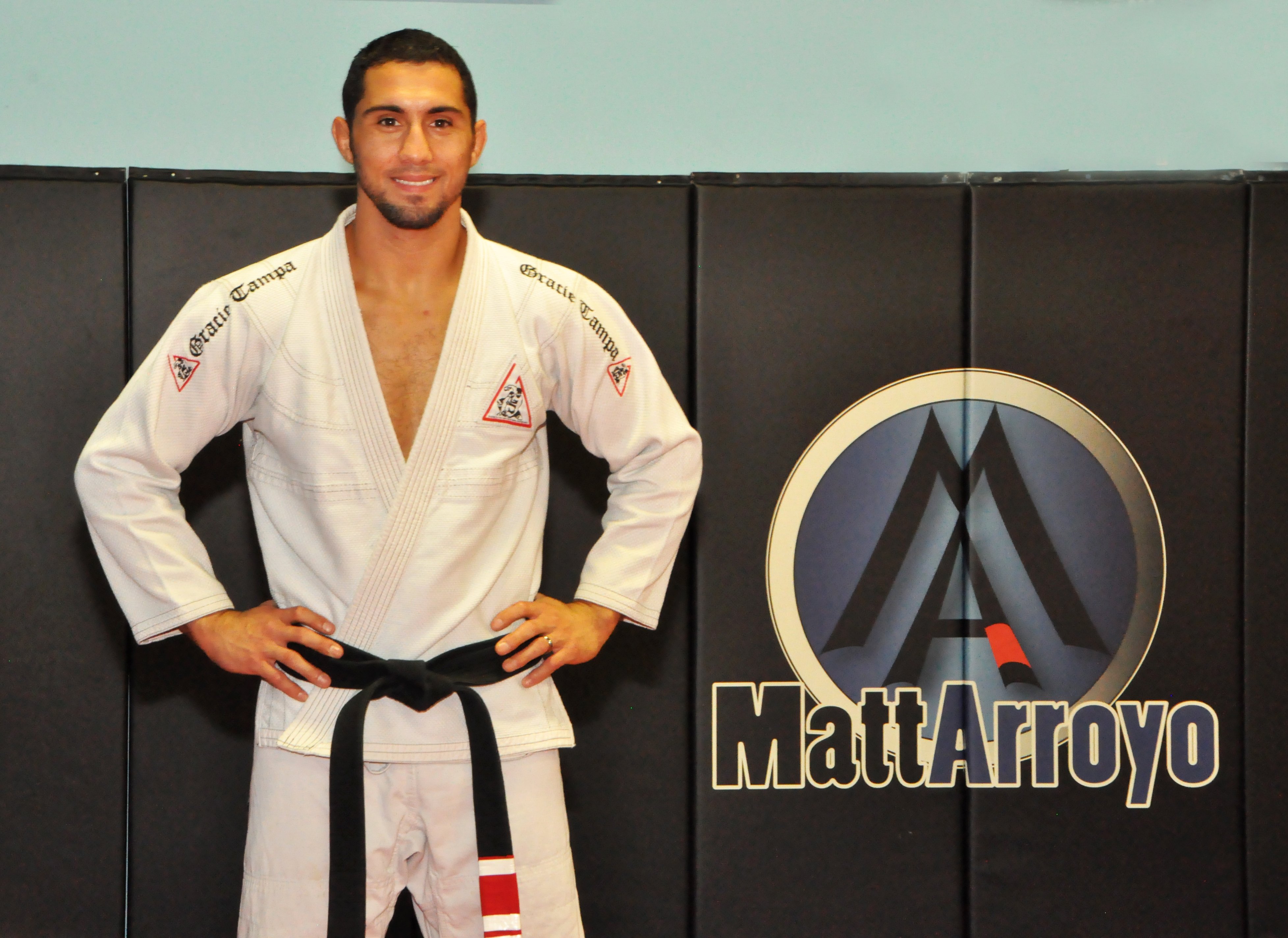 "It's Crucial To Train With The Gi To Have The Finest Technique..An Athlete Who Wants To Be Good In No Gi Must Train In The Gi"
~Marcelo Garcia
There you have it...you heard it from one of the greatest of all time!
Why is this?
When you are training in no gi, you can get away with a lot of things with the "sweat factor" and slippage....
Helio and all of the Gracie family harp on this subject all the time!
It's very difficult to slip out of the arm bar, or ankle lock when you have the friction of the gi...
So, this forces you to escape the correct way with proper technique!
It ended up being a draw!
And In turn this will help you tremendously in your no gi game! 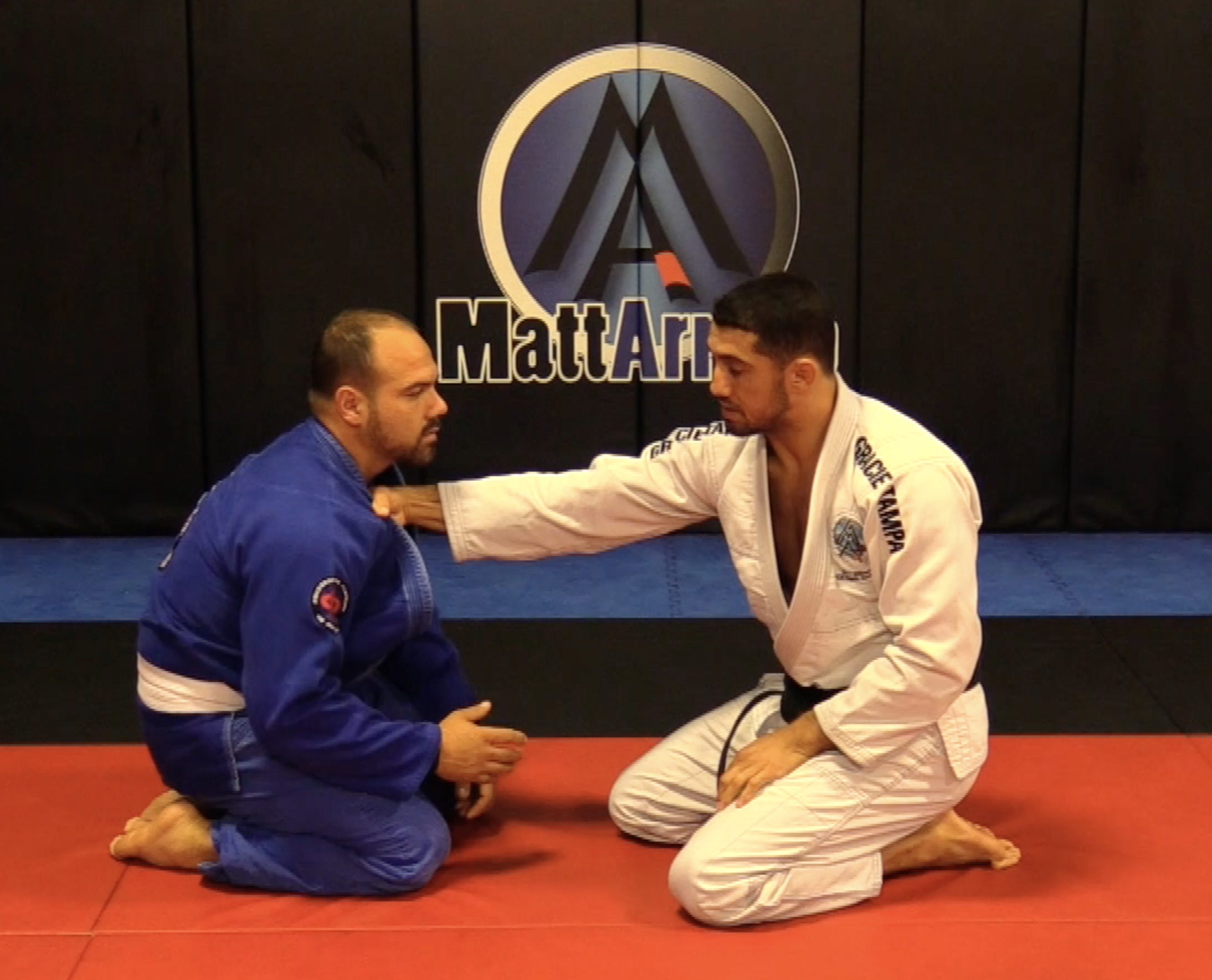 I Knew I Had To Develop A Blueprint For Anyone Who Wants To Go From No Gi And Transition To The GI!
I started in the gi in 2003....I trained it for 1 year before I met Rob Kahn!
Rob focused mainly on no gi...
So I was training only no gi from 2004 to 2009!!  I had forgotten everything I learned in my first year!
I was a brown belt and knew I did not want to get my black belt until I felt the same in gi as I did no gi!
So I went on a rampage to learn the pure fundamentals of the gi and also the tricks!
Over the years 2008 to 2012 I focused mainly on the gi!! My technique started to sharpen up and as a result, my no gi game improved 10 fold!
Weirdly enough, by training in the gi and learning everything I can, my no gi game got good enough to win ADCC trials and make it to the biggest stage on earth for no gi!
From training in the gi from 2008 to 2018 each week I have developed a system of how to seamlessly go from no gi and transition to the gi!
I am Very Proud to Introduce You to My
"Gi Hacks Blueprint" 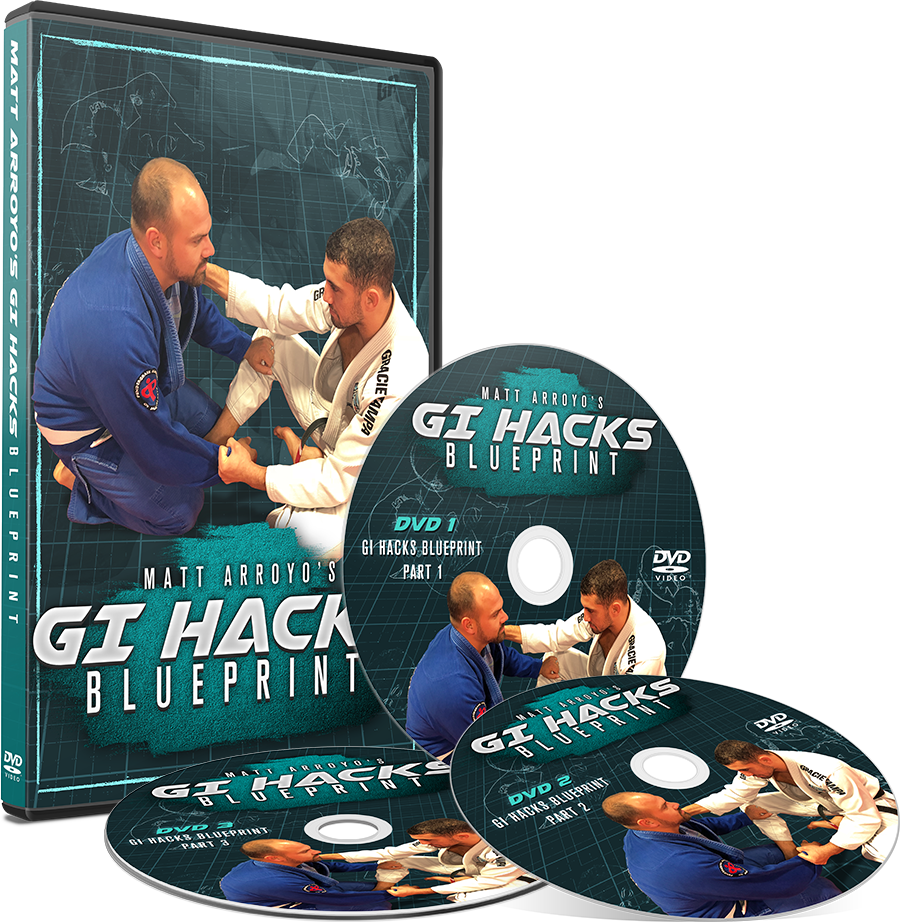 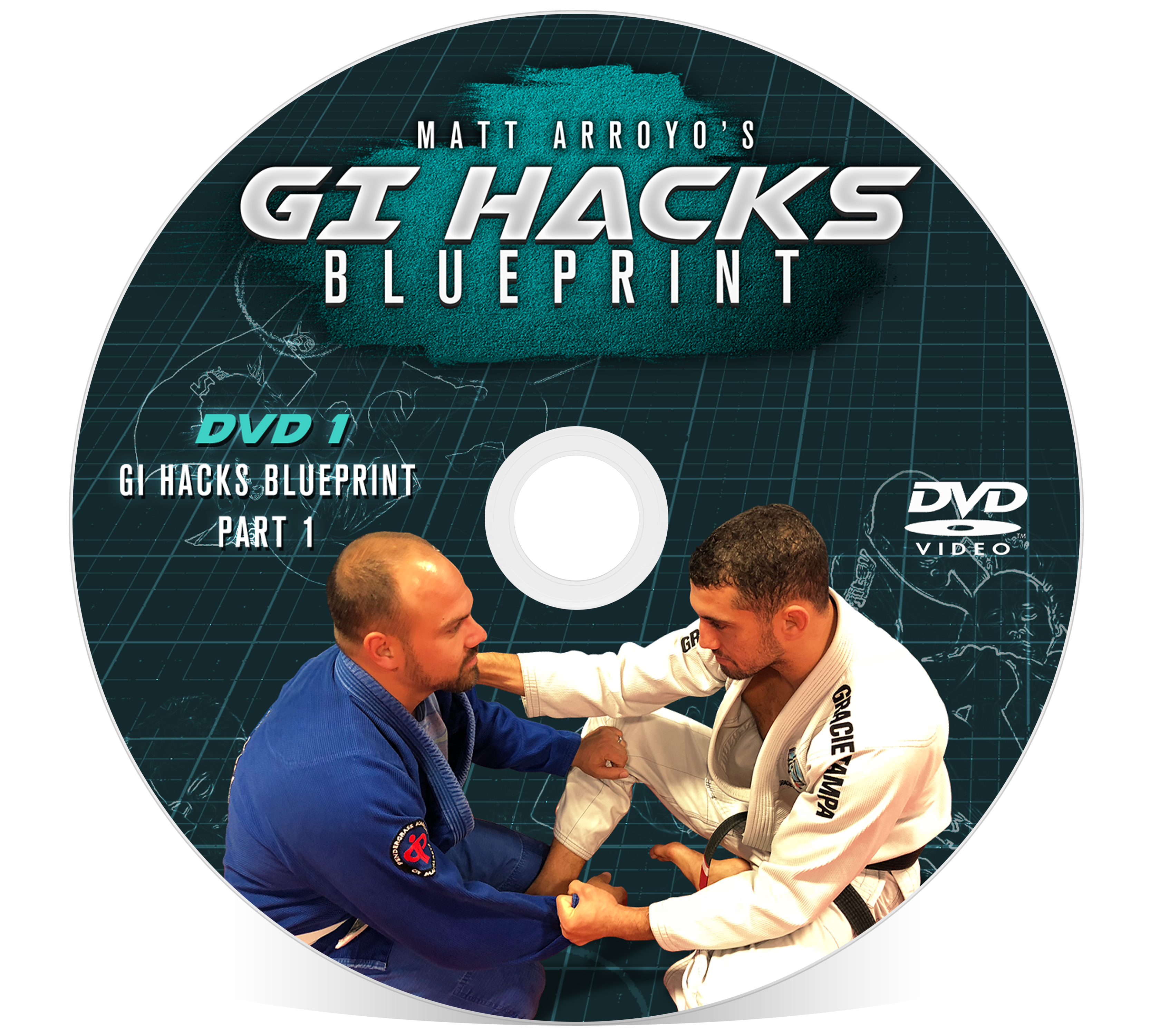 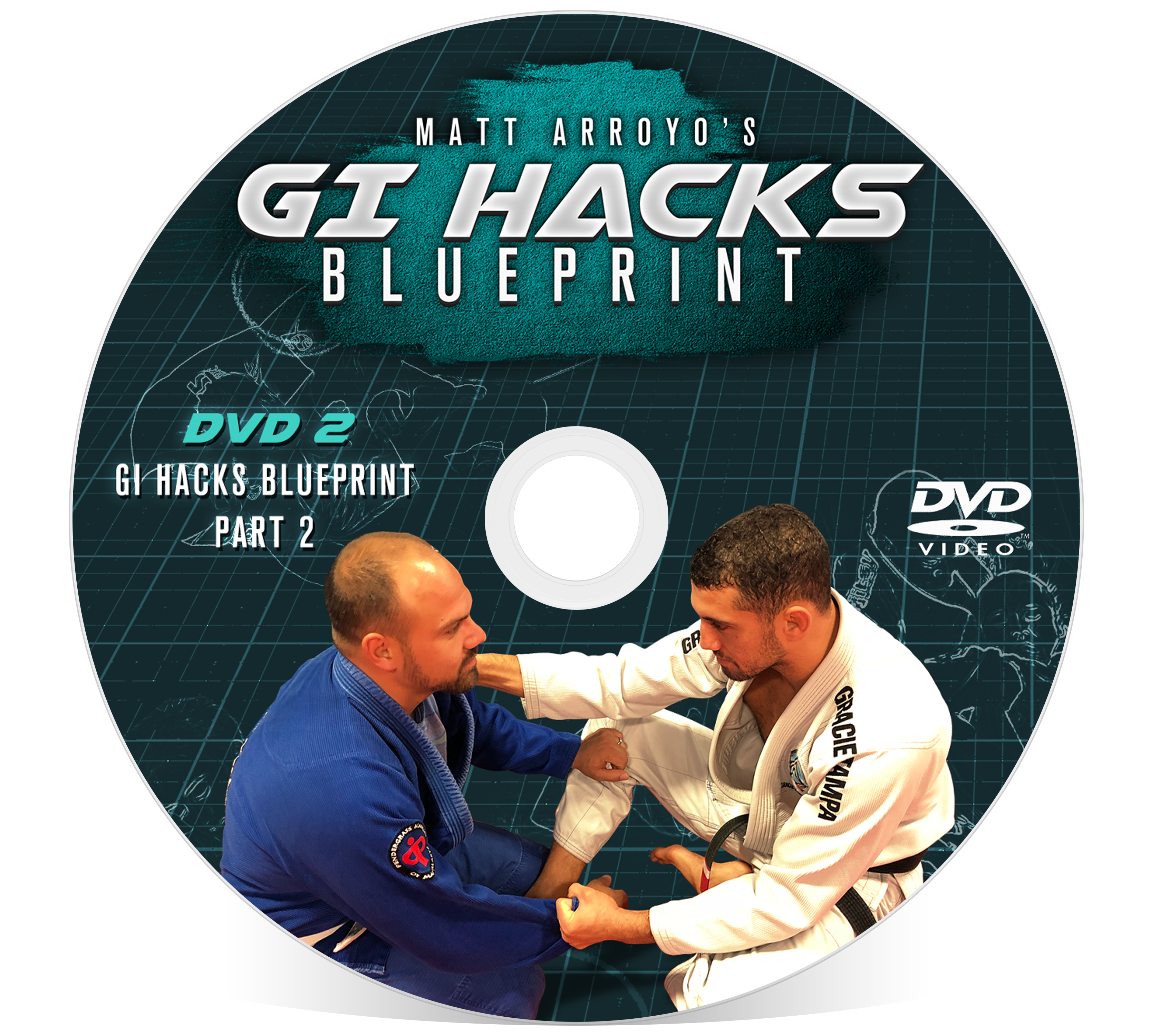 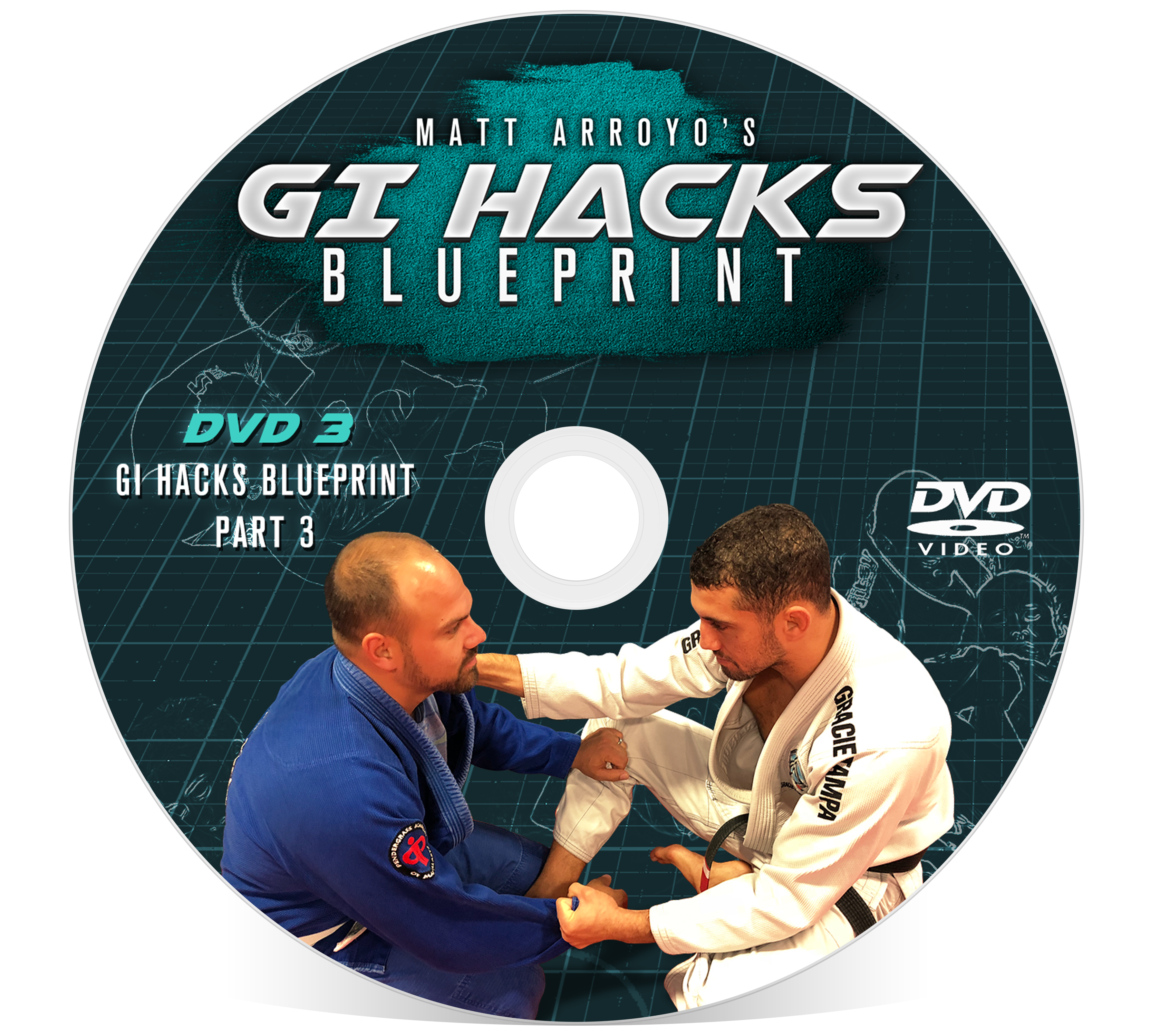 How Much Will This Cost?
So I know the next question you are probably thinking to yourself is “How much is this proven system going to cost?”
Well, I know for this comprehensive, easy to learn Gi Hacks Blueprint we could easy charge $147...But for a limited time we decided to charge an investment of only $77 for the digital version or $97 for the DVD's And Digital Combo ( plus $7.95 for domestic shipping.)
So Click the Button Below and it Will Take You to Our Order Page.
100% Money Back Guarantee
Guys, I put a lot of time, sweat, trial and error, and even blood into creating this battle tested system and making these DVD's for you. I am so completely confident in their quality and that you will finally start defending submissions that I will take all the risk off of you and put it back on me. I'm offering a 30 day money back guarantee. If you get the dvd's, watch them, and don't think it is the kind of quality you were looking for, then we will refund you your investment back...No Questions Asked...and you can even keep the DVDS!!! But we know this won’t happen, because...well....This system WORKS!! 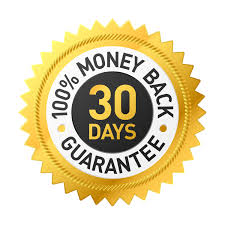 So Click the Button Below and it Will Take You to Our Order Page. Fill out the Order Page and We Will Ship the DVD’s Right to Your Door Step!
This Course Will Not Be Available Long...
We only made 250 copies of this DVD...So we are going to close the sale as soon as we get rid of the 250 copies...So if you are interested getting your Gi Game right, don't wait! Finally, learn a TRUE SYSTEM of Gi Hacks that anyone can use no matter how big, strong, or flexible they are.
Share Share on Facebook Tweet Tweet on Twitter Pin it Pin on Pinterest